bigEE members have just returned from Beijing China where they held a dissemination workshop as well as numerous work meetings with their Chinese partners, such as CSUS-IBR. All with the goal of improving energy efficiency in the building sector in China.

The workshops were held within the framework of the Tenth International Conference on Green and Energy Efficient Buildings in Beijing.

bigEE held its own session “EU-China Exchange on Building Energy Efficiency Technologies and Policies”. This session was opened by Wu Yong, Inspector of Building Energy Efficiency and Science and Technology Division, Ministry of Housing and Urban-Rural Development (MOHURD), who gave a short speech about the national policy of energy saving buildings and green buildings, as well as ten-year achievements of China in this field.

As in the past it was noticed in the question sessions that there is still an information gap in understanding energy efficient buildings, although this seems to be getting better. Some participants were to some extent still sceptical on how buildings and building standards such as Passive House could function with no or almost zero heating. The concept that a person in combination with a good heat recovery system could supply the energy needed to heat a building was sometimes seen with scepticism. Questions made also reflected the change in interest, away from technologies and building techniques for colder climates, towards those of warm climates, especially with how to deal with high humidities. This is probably due to the fact that over the years standards and technologies such as those for Ultra-Low-Energy Buildings in cold climates have widely been discussed and shown at previous conferences but those for warmer climates have not. In addition the warmer areas of China have some of the largest metropolitan areas and although negligible in the past, with rising standards of living, the demand for greater thermal comfort influences the energy consumption due to cooling and conditioning technologies. It is here with rising energy prices that the costs are now being noticed and the need for energy savings is becoming more and more attractive.

The bigEE team were also invited to hold a presentation during the German Day session “Innovative Approaches for the Building Sector in China”. This presentation highlighted the Technical and Policy trends, particularly in Europe.

All in all the topics covered at the conference reflect the change of interest from just green buildings to energy efficient green buildings with many sessions, stands and products reflecting the nature of Ultra-Low-Energy and Passive House Buildings.

On the exhibition floor, stands reflected this and it was noticed that European, especially German, products and know-how were received with great interest. bigEE was present, with a poster as well as information material, at the DENA stand which was one of the numerous stands showcasing European Technologies and know-how. It must also however be noted that the gap in providing these technologies and know-how has become much smaller with numerous Chinese firms now offering these in their programs. A general consensus however among Chinese and European experts was that although technologies are available in China to build energy efficient buildings one of the major problems still lies in the quality of the local products and workmanship. The experts however agreed that this is being worked on and it is not long before this too will change.

In the coming months bigEE will be offering workshops in close cooperation with MOHURD as well as CSUS-IBR both in the technology and policy sectors with the aim of bridging this information gap and continuing the exchange of information and know-how. 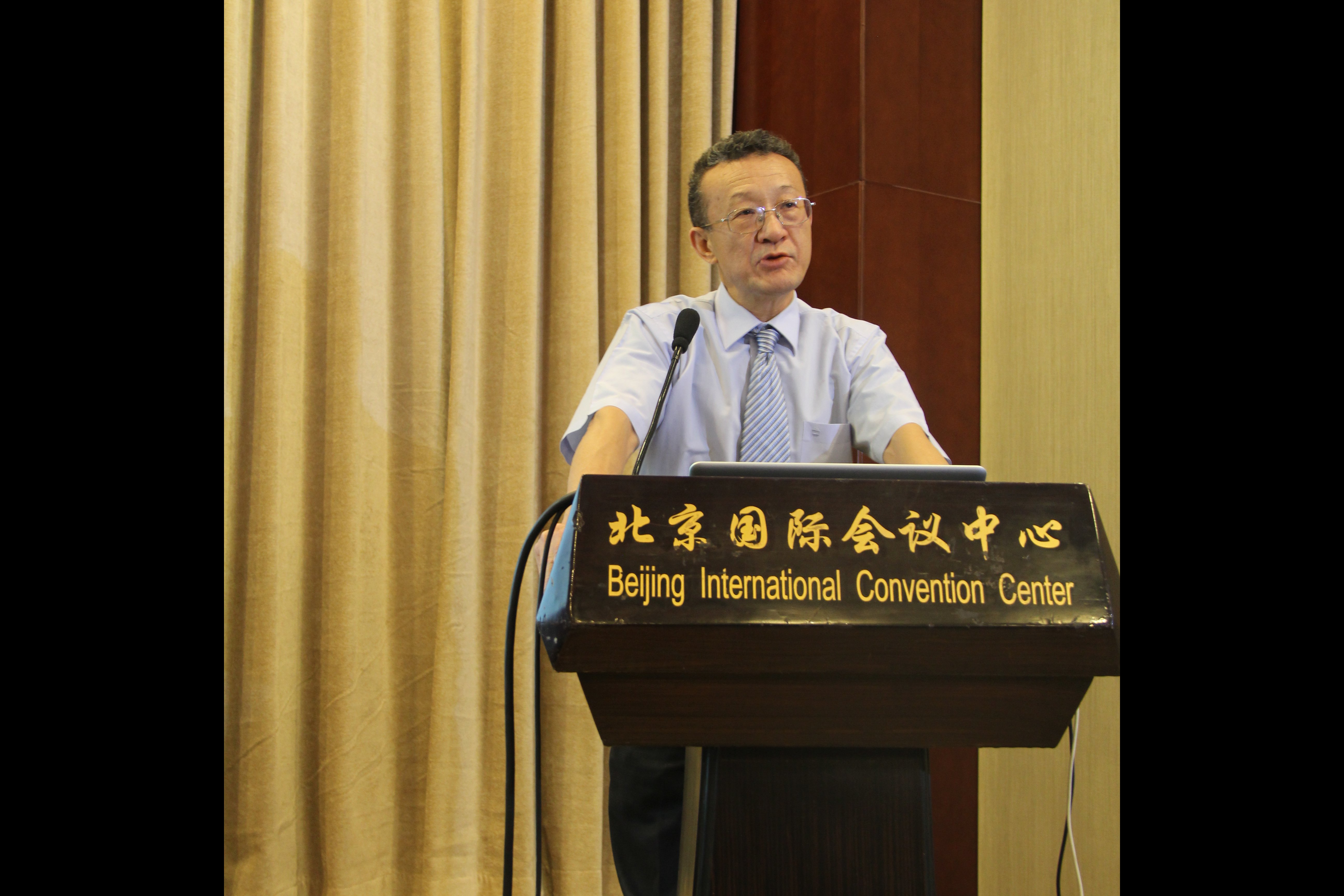 Chun Xia and Dr. Stefan Thomas at the IGEBC 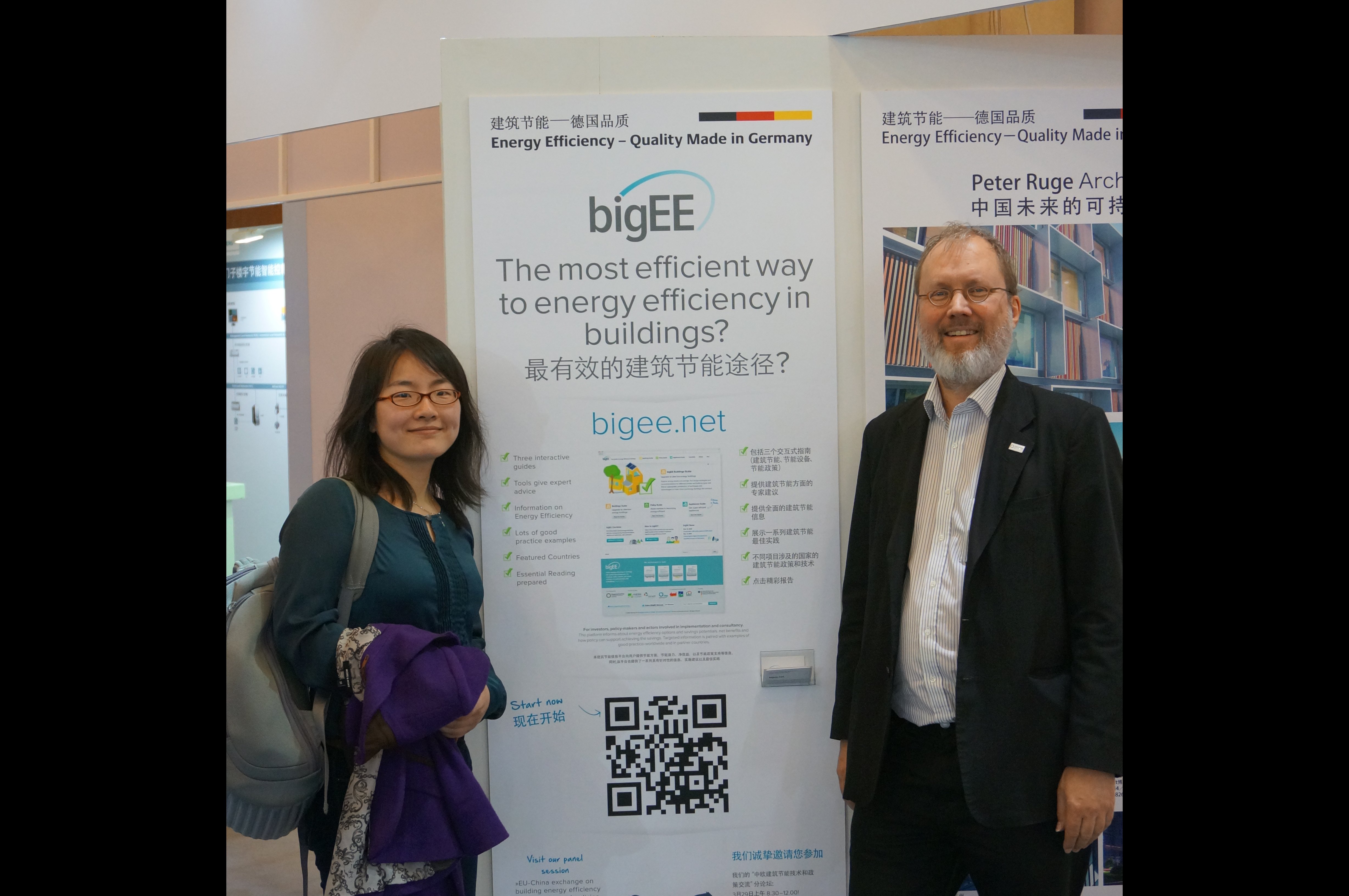